Good morning.
I;m programming on a ST Nucleo 746zg device, and I would really like to build a VGA signal just to test what would be like to have it on the board. I have read a couple of threads on mbed forum, but the only one suitable to me seems to be the one in https://os.mbed.com/forum/mbed/topic/2459/?page=2

which uses a library ( vga640x400graphic) that moves all the PWM signals (VSync and HSync) and the signal of the video.

My problem is that it uses the DIP5 , DIP8 and DIP25 pins, so initially I thought it would have been easy to check the prescalers, change the pins according to mine device and make it works to print a couple of line on a VGA screen. I could never found where these are set.

I believe that having a VGA interface on a Nucleo would really be great, so I’m open to every suggestion to do it.

If I understood you correctly, you are starting from a blank nucleo board and want to add a VGA?

Yeah, the problem is that the library is low-level and written for a different chip manufacturer (NXP and you are using STM, so I am afraid they really aren’t compatible.

So if you really want it you will have to write it on your own. Or, the good news is, that you don’t need to limit yourself to looking at Mbed forums, you can search for any STM32 project that uses VGA since for the most part, you can use standard HAL code alongside MBED.

However, if you start from a low level, I recommend watching this video. The dude made VGA driver from hardware chips, with almost no software. It will give you an overview of everything that is needed to make VGA work. 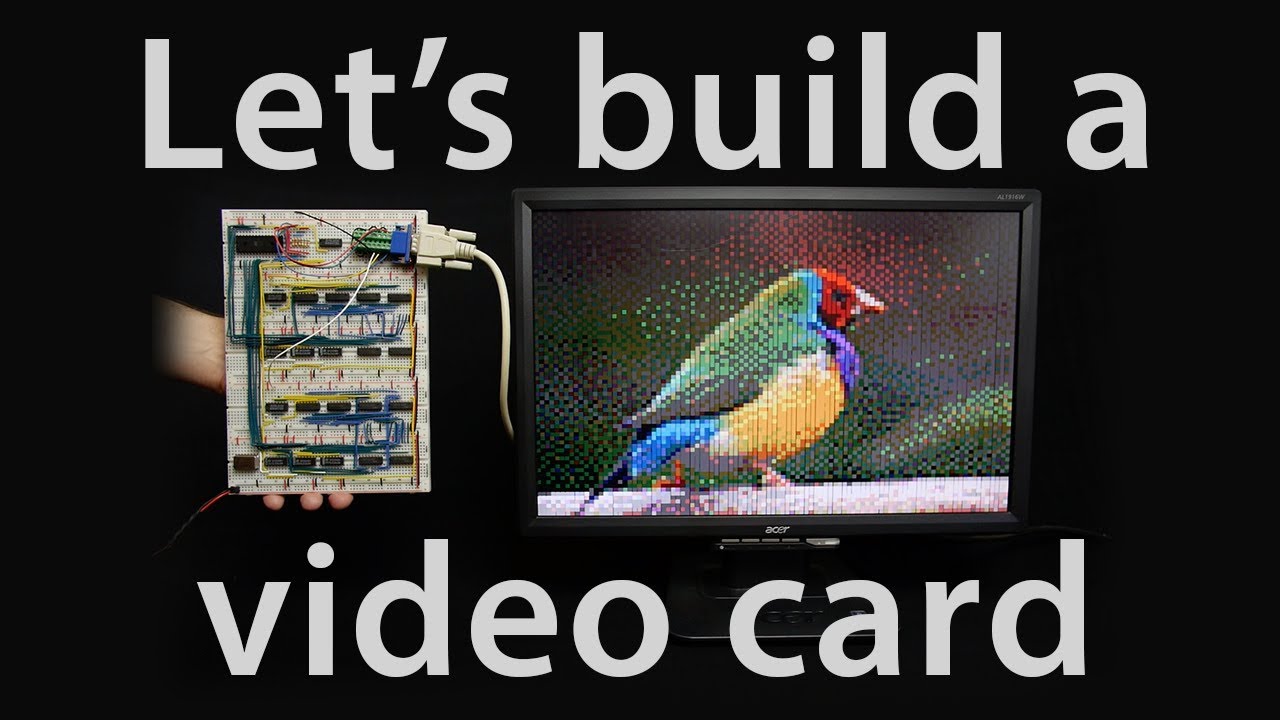 What an amazing video! Thanks for sharing!

thank you, aoreskovic, for the reply.
I knew the video, it’s really a good start point. However to make it work it would be necessary to use the DMA to move the HSync and the video signal, and a PWM to move the VSync.

This seems difficult, so at least to do it someone should know really good how DMA works and needs some guide/tutorial on DMA.

I hoped that there would be some program that did something similar that could be used to do it.

I mean, using dma seems a topic for a really advanced user

@aoreskovic:
after thinking about your suggestion, reviewing the video a couple of times I thought that a part of it could be done with the PWM (on my board they are pretty fast); the code would be something like this:

may I have please your honest opinion on it?
Outputting a buffer like this would be already a success for my purpose

First, a bit of a tangent:

It might work since 746zg is very fast. Generally, you have here 3 levels of libraries. The lowest are ARM_LL (low level) that works on the registry level. To write code that you really need to look into datasheets and what registers do what. The fast lib for the example you linked in the original post was written this way.

on STM next level up are the HAL libraries - Hardware Abstraction Layer. Much simpler, but still powerful. The code uses LL in the background.

And then you have Mbed libraries, that use HAL in the background - even simpler, but slower, and less powerful. (I haven’t worked much with timers in Mbed, but an example is that STM supports level inversion on USART, Byte inversion, and some other features that are not supported in Mbed Serial).

What I see with the timers is, that generally on STM, not every pin is PWM capable. There is some select number of pins that are connected to the Timers, and those timers can output directly to the Pin.

What I think the Mbed does is have one timer, and use interrupts to toggle the digital out value of GPIO pins - this is slow. Using Timers the output is independent of Code execution, but using interrupts the code needs to halt every so often to change pin outputs.

But, Generally, for a 216 MHz device, you may be fine. If you want to dwell deeper here is a link General-purpose timer cookbook for STM32 microcontrollers.

Now, bask to this.

Few recommendations will help you debug.

And the zero position is important.

I would follow the bring up procedure from the video:

I have never tried it but this demo program could help too.

@ aoreskovic:
I learned what you was saying the hard way: I connected the Nucleo to the tv and the output is
"++ MbedOS Fault Handler ++

= System will be rebooted due to a fatal error =
= Reboot count(=5) reached maximum, system will halt after rebooting ."
So this error I did with timing doesn’t make it work. I’m modifing the program because according to the program the Nucleo RAM is not enough for this resolution (I was reaaally optimistic). The PIN I used are all PWM capable.

@ hudakz: yes this program is great, however I can;t compile it as it says “Error: Fatal error: A1023E: File “…/…/build/STM32F3-Discovery-minimal/src/TOOLCHAIN_ARM_STD/startup_stm32f303xc.NUCLEO_F746ZG.E” could not be opened: No such file or directory
1 Error, 0 Warnings”

So I believe the library is only for the discovery.
Thank you for your help so far. I need to figure out how to sincronize the signal at the beginning of the frame

All right, sorry for the long pause, I tried again the program:
No television of mine can recognize the vga once connected. However I tried with my frequencimeter, VSinc signal is working, the HSync seems to be too fast for it (my limit is 20MHz).

Also I still do not have any idea on how to reset the HSync signal when a new frame should appear.

All right, there is no way to make my program work, I tested it. I made a different program, which output a Composite signal, but it doesn’t get recognized either.