A couple of years ago it was announced and demoed that mbed has support - and is the reference implementation for device firmware updates over LoRaWAN:

The reference example is here: 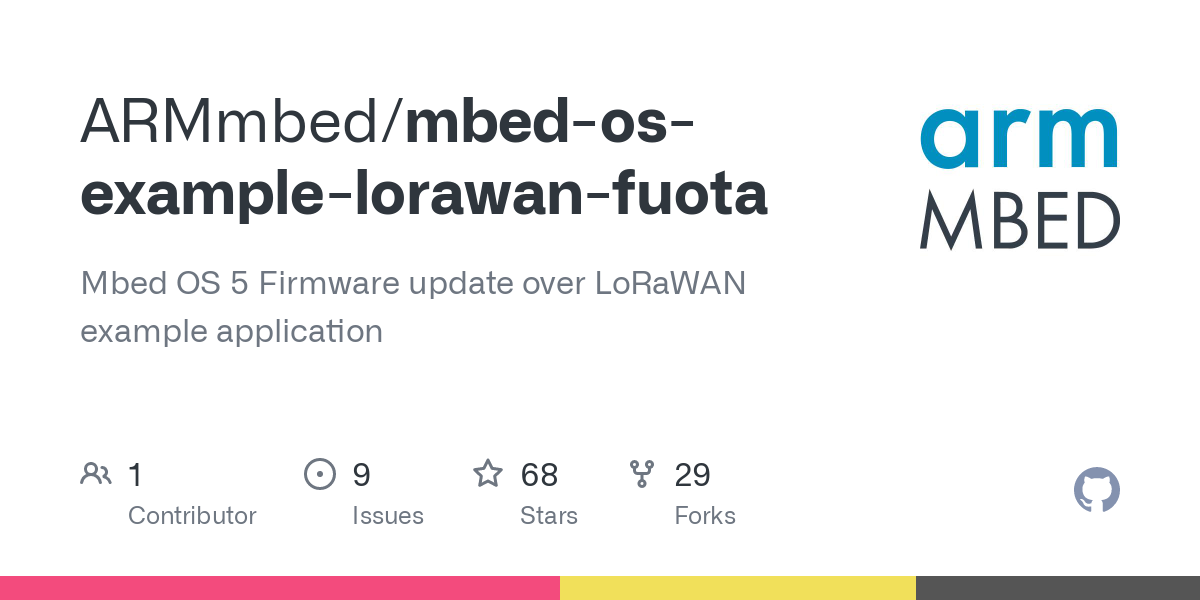 Looking at the issues one can see that the example has problems, of which the major one is no support for mbed os 6.

Earlier this year the original author left the following comment:

I have left Arm two years ago, and no-one in Arm has taken over the LoRaWAN stack. So I don’t think this’ll happen anytime soon.

We were working on a better implementation of set_session() in the core of the LoRaWAN stack (it was hacked on in a fork for FUOTA to work), but this never landed in Mbed OS. Since then LoRaWAN seems to be deprioritized in Mbed OS, and both me and @hasnainvirk (who worked on this) have left Arm. So I’m not expecting this to be updated.

So in short mbed is the reference implementation for LoRa FUOTA, but because the engineer working on it left ARM, the reference doesn’t work anymore.

Where should one look now if you want LoRa devices with FUOTA?