Connected hardware isn't listed even though it is detected

I’ve just begun using Mbed Studio (1.4.4) on Windows 10 64.
I can’t manage to get my hardware (Nucleo F411RE) to appear in the graphical interface.
The USB drivers and onboard STLink are updated to the latest.
It looks like it is detected:

But in the interface no device appears: 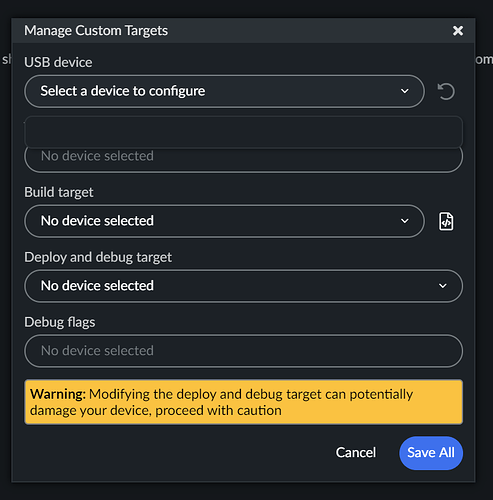 I solved it. The problem was the USB hub I use (Anker A7516). I connected the device directly to the motherboard and now it appears in the list.